The battles were over and victory won. No more slavery, no more guns. The people were free from cruel tyranny. But alas, little thought had been given to how people who had only known a dependent role would be able to function in and enjoy their new freedom. Some forward thinking folks had the idea to set up educational opportunities that would give them trades and skills which would allow them to productive members of society and the pursuit of happiness promised by President Lincoln.

A few years ago I attended the Mississippi Hill Country Picnic near Holly Springs, Mississippi, just down the road a piece from the blues and barbecue of Memphis. The “picnic” is a down home blues festival in a cow pasture. It was so wonderful that I went back a second year. 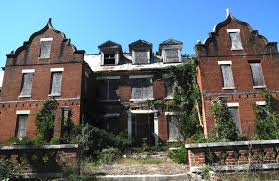 While taking my time to have fun and explore the area I stumbled on several vacant buildings as the top of a hill in the north part of town. Being in great disrepair they seemed reminiscent of a set from the Ghostbusters movie. Stopping at a convenience store across the street I asked the young attendant “What’s the story behind those creepy old buildings up on the hill?” She replied “I don’t know. I ain’t from around here.” How long have you been here I asked. “Five years” was the reply. So much for natural curiosity! So, with water bottle and trusty Nikon D3200 in hand I trekked up the hill, roamed about, read historical plaques and peered into empty buildings. This little side trip and the markers whetted my appetite and gave me enough info that I was able to do a little research when I got back home. 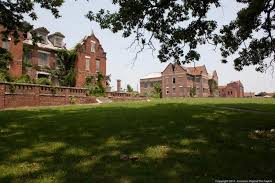 In the period from immediately after the Civil War through the first decade of the1900s there were two separate efforts toward the goal of providing education for African Americans – Mississippi Industrial College (MIC) and Rust College.

Rust College was founded in 1866 by a few northern missionaries with the Freedman’s Aid Society of the Methodist Episcopal Church, and was chartered in 1870 as Shaw university. The name was later changed to Rust University to avoid confusion with Shaw University in North Carolina. It was named after Rev. Richard Rust of Ohio, the secretary of the Freedman’s Aid Society and in 1915 assumed the name Rust College. It is the oldest of the eleven historically black college and universities associated with the United Methodist Church and the second oldest private college in Mississippi. It thrives to this day. 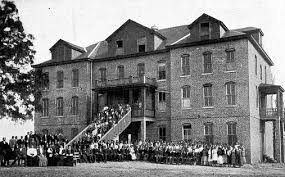 By 1908 there were 450 students enrolled. The school was located on the western side of North Memphis Street across from Rust College. Bishop Elias Cottrell desired to found a college for Negro youth which would instill Christian ideas and provide a practical education and for 77 years the school fulfilled that mission.

Catherine Hall was the first campus building and served as a women’s dormitory as well as a classroom. Hammond Hall the Men’s dormitory was added in 1907 and in 1910, Washington Hall named for the famous author and educator Booker T. Washington. It served as the administration building. And 1923, through a donation from Andrew Carnegie, the Carnegie Auditorium was erected. At the time, it was the largest auditorium in Mississippi open to blacks. 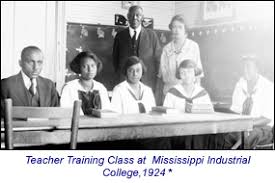 After integration, when all students were allowed to enroll in the colleges of their choice, MIC started losing enrollment and after a federal funding cut in 1981 due to accreditation problems, the college was forced to close its doors in 1982.

When the campus closed, the once proud buildings stood unused, unoccupied and began to show signs of deterioration. Four of them, including the Carnegie Auditorium and Washington Hall, are on the National Register of Historic Places. In an attempt to save the buildings, Rust College across the street attempted to purchase the property when the school closed in 1982. Although the offer was not considered, they were able to acquire the property in 2008. In 1999 a group named the Mississippi Industrial College Alumni Association, Inc. (MICAAI) was formed in an effort to save these important edifices and restore them to their former glory. However, in 2017 they still remain sadly neglected.

When I conducted my informal and impromptu tour of the MIC campus I felt a strong presence of the people who once walked the halls and campus and felt moved. My initial education came from the several historic markers and plaques there. It was later rounded out with the gracious assistance of my friend Jan Hyatt from nearby Blue Springs. She directed me to her friend and local attorney Fife Whiteside who is from Holly Springs. Fife gladly put me in touch with the current president of Rust College in Holly Springs, Dr. David L. Beckley. Many thanks to Doctor Beckley who was very gracious in helping me round out the story.